This was probably one of the rare weekends that I didn't really get up to much. Most weekends would have been spent attending some event, catching up with friends or at band/dance practice etc. so it was a nice change to do not very much this weekend and just chilled out at home :)

Jono and I went for a short 2-hour walk at Mount Victoria this afternoon after spending most of the day at home trying to fix my laptop (it's going SO slow these days and I could hear the fan noise of the machine, as if working too hard - I reckon it's on its last legs and about time for me to replace it!). Jono's so sweet, helping me clean up unnecessary stuff on my laptop so that it would hopefully run faster - thanks so much! You're the best :)

We walked most of the Southern Walkway track towards Mount Victoria summit from and back to Newtown, which was about 4kms return. I was not prepared for a real walk - I was wearing flip-flops and had a skirt on but went ahead anyway as it was nice and sunny outside. Let's go get some sun! Jono was really funny, bringing along his microwaved corn on cob and ate it as we walked. I laughed when he had to hold on to his eaten corn cob all the way during our walk till the summit before he found the first dustbin. Haha! Photos of our walk: 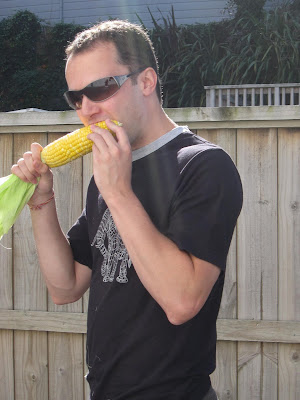 Jono eating his corn on cob as we walked 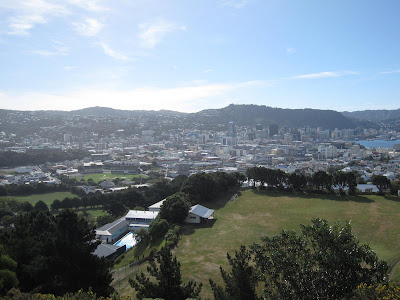 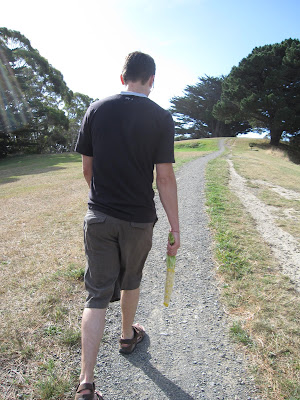 Brr, what's happened to the weather?? It has suddenly turned overcast and windy - time to head home! Note to self, must wear proper footwear when going on walks more than an hour. Though I've done walks on my flip-flops, the uneven track of rubble and bush made my feet (mainly my heels) quite sore towards the end of the walk :/ Good news though, I've done my 10,000 steps today ha!

Speaking of 10,000 steps, I'm into week 4 of the programme and was surprised to find active me couldn't clock 10,000 steps some days! Hmm, I wondered if the pedometer wasn't sitting quite right on my hip so some of my steps weren't counted...I actually found that the best way to get that many steps is to do some activity that requires active stepping (not dancing, swimming, yoga or going to the gym) - you would be amazed to know that walking lots and stepping to the beat at Batucada practice are my top activities to achieve over 10,000 steps a day. 4 weeks down, 6 more to go till the end of the programme!

We also participated in Earth Hour at night, a World Wildlife Fund (WWF) initiative aimed at fighting climate change where homes and businesses turn off their lights for an hour as part of this annual event. There’s more to it than switching off lights for one hour once a year; it’s all about giving people a voice on the future of our planet and working together to create a sustainable low carbon future for our planet. To show our support, we had all the lights turned off at 8.30pm at Jono's (it doesn't matter which country you are - just turn off your lights at 8.30pm your local time on the 27th of March) and played Guitar Hero on the Playstation in the dark. It was my first attempt on the Guitar Hero and boy was it hard work! I wasn't used to playing on a guitar controller (I don't know how to play a guitar) and the fingers weren't coordinating to what I saw on the big TV screen. Grr...I was playing on easy mode while Jono did the expert level - fingers flying, moving at fast speeds to Metallica songs! Go, Jono - you rock! Lights back on around 10pm when we finished the game and had a chilled out rest of the evening with some light reading before bed.