Was up at 9.30am to do my washing, had breakfast, then caught up with Chris around 11am at his place before heading to the Botanical Gardens for Tulip Sunday. Today was also the start of daylight savings where we put our clocks an hour forward - a sign that warmer weather is coming!

Tulip Sunday is an annual Dutch-themed event held at the Botanical Gardens where the whole family can enjoy a day of fun activities, food, performances and walk the gardens filled with thousands of glorious tulips in an assortment of colours. It has been a few years since I last went to the event (I think the last time I was at Tulip Sunday was back in 2004 when I was still living in Kelburn) but it was pretty much the same as I remembered - took plenty of photos of the gorgeous tulips and also locals of Dutch heritage wearing their traditional costumes :)

Though the sun was out, it was still a bit chilly with the occasional spring drizzle but that didn't deter the many Wellingtonians who came out today for the event. Families were having picnics all around the gardens and we joined the crowd at the Soundshell to watch the performances lined up for the day. We were entertained by the Young Tulip Dancers, Dutch kids who performed several dances to music that sounded like children nursery rhymes, all clad in their traditional costume. This was followed by jazz band, The Pitts (oh, James would have loved to be here to dance!) - the drummer's drum set was an assemble of trash cans and frying pans, and he cracked me up when he used an eggbeater on the trash can to create music!

Hmm...hungry...left Chris at the Soundshell and went to queue to buy a Rookworst, a type of Dutch sausage, that was sold at one of the stalls in the gardens today. Cost me $2.50 and some 15-minute wait because the line was SO long. Tasted alright, but still hungry :/

I was enjoying my coffee and cake while Chris was taking a photo of the cafe only to get told off by the manager! She didn't want him taking any photos of the place, which we thought was bizarre. Hmm, perhaps she was afraid we would copy the design? Anyway, this was the photo that got Chris in trouble: 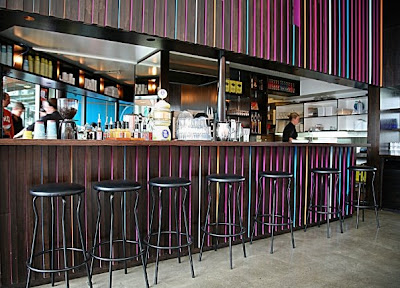 Scott came over to join us shortly and us 3 headed over to Shed 11 to see the World Press Photo 09 exhibition that was currently on from the 11th of September till 4th October. And Happy Birthday again, Scott! Yes, it was his birthday today even though we've celebrated it so many times over the past week hehe...

Cost us $2 each for entry to the photo exhibition and the press photography were very well taken. The exhibition features 200 photos and is regarded the most pretigious international contest in professional press photography. I could feel the pain and agony from some of the photos taken in war-torn or post-disaster countries - dead bodies, bloodshed, tears, loss. Some were nanosecond shots in the most dangerous of places, which made us wonder how on earth the photographer managed to get out alive and not get shot. My favourite photo was the one that had Michelle Obama taking a nap on the husband's shoulder - just shows that with responsibility and commitment, sacrifices need to be made to achieve their goals. Photos taken at the exhibition: 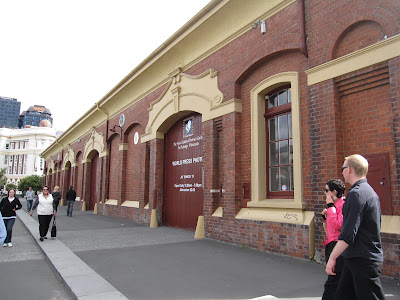 Outside Shed 11 where the photo exhibition was held 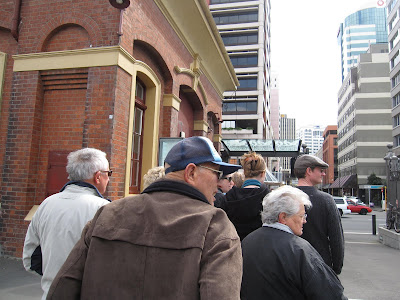 In the queue to get into Shed 11 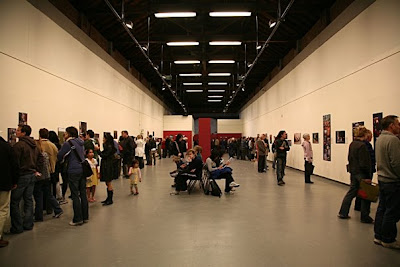 Photo taken by Chris of Wellingtonians admiring the photos