Another week has gone and it has been 2 weeks since I've returned from my holidays. Strangely, I still wake up in shock some days unsure where I am and thought I had missed appointments made with friends! And at my catch-ups with friends, most of them tell me I'm more 'relaxed' now. Really?? I still feel exhausted thus not back in my normal social butterfly mode (but morphed back to a caterpillar hiding in my cocoon aka home) so have only made few appearance at events in the last 2 weeks. This is by far the longest period since my holidays to get back to normality. How very odd...

Tonight, I had to make an appearance at Claus' farewell party at Southern Cross Bar - he would strangle me if I didn't turn up! The man is packing up and moving to Melbourne this weekend to a new job. Yet another good friend of mine leaving NZ :( I've known of this plan of his for awhile now so it was only a matter of time when he officially moves over. Still will miss him heaps though! I'm happy for him and can see he's excited (and a little scared) of his new adventures in Melbourne :) You'll be fine - you've done the hardest part, moving from Brazil to NZ 2 years ago; this would be much easier.

By the time I got to Southern Cross at 8pm, the boys were already 'relaxed' having started the party since 4.30pm. Claus has reserved a space in the bar just for party and I could already see several familiar faces as I walked in - Liviu, Jonathan, Elaine, Chris, Rosel, Mel etc. Lots of chit-chatting, bringing each other up to speed with what's been happening in our lives. Rosel and Elaine performed a few songs for our dear Claus. Aww, so sweet! Our man of the night was busy flitting around talking to friends (and getting more tipsy as the night progressed hehe...). His camera was passed round the crowd taking photos of the night together - there should be some interesting and funny ones in there, some of them taken by me ;) Photos taken at the farewell: 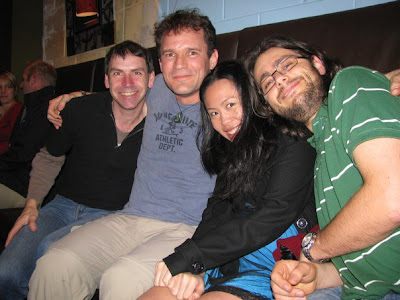 Chris, Claus, me and Liviu 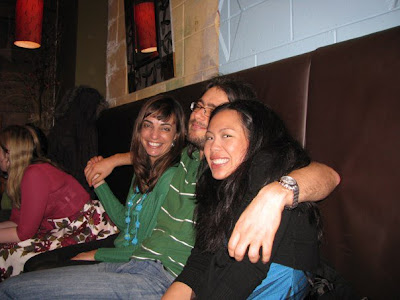 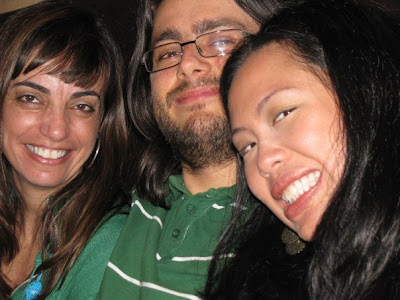 Closer shot of Elaine, Liviu and me taken by Claus 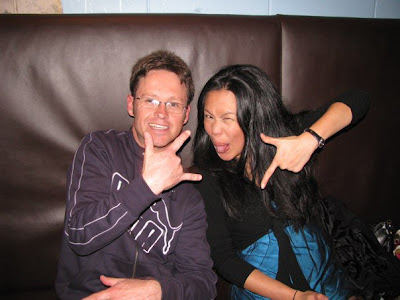 Bros in the hood! Me and Chris with our silly antics :P

Left the party around 10.30pm for home. Gave Claus a good bear hug before I took off. Best wishes, my dear friend and keep in touch! Let us know how you're settling down in Oz. You'll have to come visit us sometime :)