Over the last couple of days, I've been spending most evenings helping Helbert sort out some of his packing and last minute things before he leaves NZ for Brazil on Wednesday. I've been trying to reduce my own stuff in case I end up leaving the country or move again and now I've got more stuff hiding in my room from Helbert! Oh well, I can use them until such time I need to move...

Helbert didn't want to have a huge farewell party organised before he left - his argument was that most friends who threw a farewell party ended up back in NZ so it was pointless. Hee, I think he meant me as well...ok, fair enough. We had a very last minute farewell dinner organised at Hog's Breath Cafe and I managed to round up several friends of ours for dinner. Photos taken at dinner: 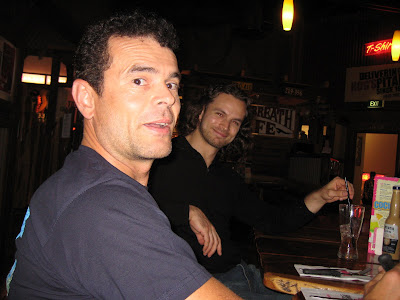 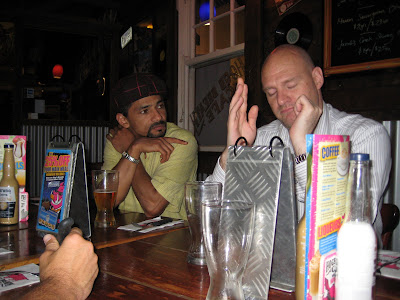 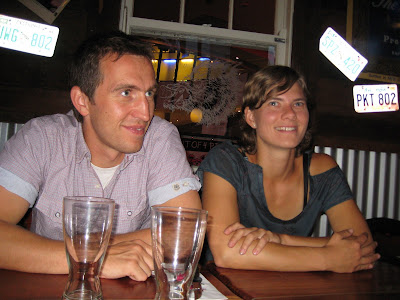 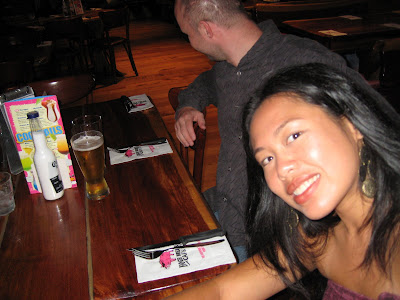 Me and a very shy Bruce 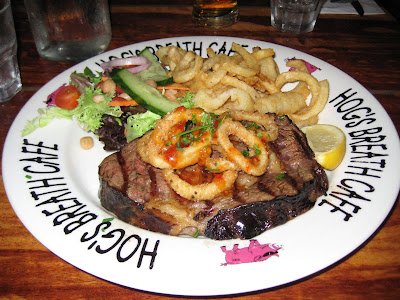 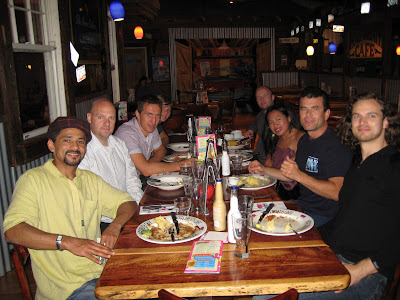 It was really nice to see Helbert all happy and excited to go home. He has been contemplating leaving NZ for some time but had to push it back due to his injured knee. Now that his doctor said he didn't need a knee surgery, he was free to go. For me, it felt rather sad to know that my best friend, someone who over the last 3.5 years have become part of my family (and knows me inside out), one I can depend on for anything should the need arises, plus long time travel partner, is leaving me. I'll miss him dearly. I knew this day would come sooner or later but it still didn't prepare me for the actual moment he was leaving. He came by my place to drop of the last of his stuff and bid me goodbye before he left for the airport on Wednesday. I had promised him I wouldn't cry but burst into tears when we hugged for the last time. Writing about this still brings tears into my eyes. Promise to keep in touch, Canezin, and safe travels home!

I couldn't help feel a sense of loss after he left - who will I travel and dive with next time? Who do I run to if I need help? Who do I go to if I need a shoulder to cry on? Who else calls me Catatau (that's his nickname for me which in Portuguese is the cartoon character Boo Boo Bear) and gives me a lot of sh*t, just to piss me off for the hell of it? All these questions came to mind. Somewhat illogical when I have so many other friends who are there for me when I needed them and to stuff together. Just really feel I need a good hug right now... :(