So much for staying in last night...ended up going salsa dancing at Latinos because darn Ron said he would donate to my Heart Walker fundraiser only if I turn up for a few dances. Sheeesh! Oh well, all for a good cause and he had better keep to his end of the bargain! Caught up with Scott prior for drinks at Hawthorn Lounge. Had a Cuban Libre for $14 - needed some caffeine to wake up. Around 10pm, we headed on to Latinos and there was no band playing (yes - no cover charge!). Class was still on when we arrived and I got to catch up with many familiar faces (and danced with some too) till midnight. That was 2 hours of non-stop dancing! Was so tired by the time I got home...


Was up at 7.30 this morning. Just couldn't sleep as I was buzzing with excitement for the busy day ahead. Having a look at my fundraiser account this morning, donations have gone up to $585. Yay!


In between running around places today, I also needed to vote. Thankfully there was a voting site just 2 blocks away at Clyde Quay School in Mt Victoria. I walked over around 9am to cast my vote for this year's election. Can't tell you who I voted for...hehe...I had an EsyVote card which I received in the post after registering to vote to present at the desk. Voting was really simple - I was given a sheet of paper and went behind a polling booth to put in 2 ticks and then dropped the form into a sealed box. Quick and easy. Photos taken this morning: 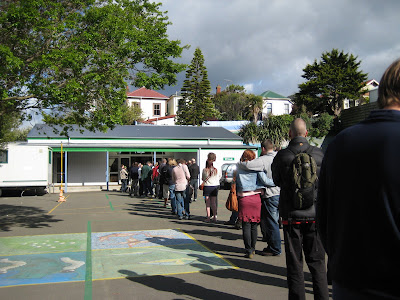 Only 9am and the queue to vote has started! 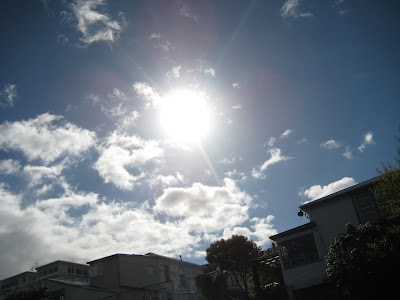 It's going to be a gorgeous day today 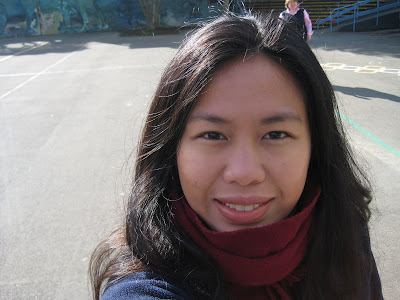 Me waiting in line for my turn to cast my vote 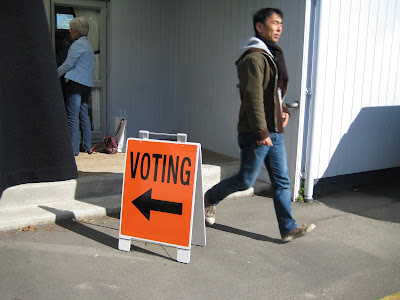 Sonja came to meet me at home around 9.30am and Claus turned up shortly. The 3 of us headed over to New World to catch up with Scott then headed to Waitangi Park to sort out our registrations and collected our T-shirts for the walk. My T-shirt was given to me - any Heart Walker who raised $200 or more automatically receives a free shirt (Claus bought his). Somehow they didn't have one ready for Scott who also raised more than $200 :/ Poor Scott... *hugs* He'll have to sort it out after the event.

We chatted and hung around till the walk officially began at 11am. More and more people turned up at Waitangi Park and the day was looking amazingly sunny. The walk began from Waitangi Park all the way to TSB Arena, then back towards the Fisherman's Table on Oriental Parade, and finishes where we started. A total of 5km altogether. It was an easy and fun walk with great company of friends :) Better still, for good health and worthy cause!

The others left soon after the walk ended while Claus and I chilled out in the sun at the park, listening to live band, The Noodles, playing on the makeshift stage and waited for the lucky draw results. All walkers had a number for a lucky draw but none of us won anything. My name was announced on stage as one of the top 6 fundraisers for the event - cool! The woman who raised the most was called up and presented with a gift. There were a total of 600+ participants from all ages and social groups and we raised over $10,000 together. Awesome job everyone! And thanks to my wonderful friends, Scott, Sonja and Claus, who came to join me for the walk today!! I had an AMAZING day and hope you guys did too!

I think I'm hooked on walking! Some of us might do the Wellington Round the Bays walk next year - it'll be cool to get a group together for that event. It wouldn't be a fundraiser but just a fun walk :)

Claus has been trying to get me on a kayak for a while. Kayak? I'm not so sure...yes, I can swim but the idea of me on a kayak and toppling over still makes me somewhat fearful to attempt it. Still, never done it in Wellington before so I'm up for it, just maybe not today? Lucky me, I had jeans on so wasn't allowed to kayak. Escaped another day - yes! Claus wasn't pleased and is convinced he'll get me on the kayak this summer. Good luck trying :P Photos taken today: http://www.flickr.com/photos/8070917@N05/sets/72157608805055020/detail/

After the unsuccessful attempt to kayak, we headed back to Claus's for lunch and had friends Tabatha and Helbert join us. Hmm, yum...Claus made us rice with mixed veggies and stir-fry chicken - thanks so much for lunch! Photo taken of us in his kitchen: 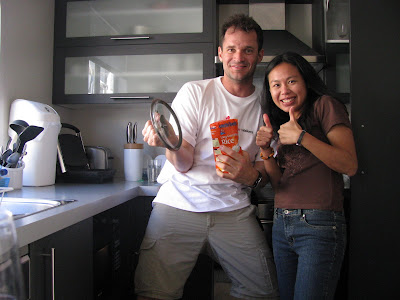 Sadly Helbert and I can't stick around for long as we have a samba gafieira practice today so left around 3pm to pick up Ron from Oriental Parade. Ron, notoriously known for not having a mobile phone, is a pain to track down at times. We couldn't change plans because we couldn't get hold of him! Sigh, but it's Ron and we are so used to it. Stuck around a bit to see him and the capoeira group perform at Oriental Parade before we all headed over to his place for practice. Photos taken at Oriental Parade: http://www.flickr.com/photos/8070917@N05/sets/72157608807109763/detail/