Scott and I went to the preview of Adagio - Seriously Sophisticated Circus at Downstage Theatre at 6.30pm this evening. Cost us $20 per person (normal price $42) for the 70-minute show. I wasn't sure if this was Scott's kind of thing but in a previous catch up with him, I found out he was into juggling (and even had a brief show of how it was done!) so decided to rope him along...hehe...By the way, a preview is pretty much the same show but just cheaper in price and staged before the official opening night - it was also a means for reviewers and the general audience to help spread the word about the show. Interestingly, despite the cheaper tickets, the theatre was only half-full...

Adagio takes circus out of the tent and into the theatre. Featuring a blend of syncopated circus acts and the cool fluid sound of jazz, the small group of 7 combined physical theatre, circus, contemporary dance, music and comedy all into one. I was most impressed at their circus acts in such a small theatre and the woman who played the pianist was musically talented - she could play the piano, accordion and saxaphone which she did in the show. Oh, and I also loved the doll in the bag act! A woman was pulled out of a luggage bag and acted just like a ventriloquist puppet gone out of control. I was glad Scott enjoyed the show - me too :) If you've seen shows such a La Vie, you would definitely enjoy this one (though in saying that, I thought 1 hour was a bit short - before I could get immersed into the act/show, it was over).

After the show, we headed over to Kazu Yakitori & Sake Bar where Scott had some dinner while we chatted and around 9pm, we left for Hawthorn Lounge to attend Ken's farewell drinks. Yes, yet another one of our friends is leaving - Ken's moving up to Auckland to start a brand new life and adventure so friends gathered to wish him well and bid him goodbye. Well, not really goodbye in the sense he's just moving to another city - I'm sure we'll visit him and vice versa. You would be dearly missed, Ken! Best wishes and keep in touch!! Photos taken tonight by Sanya: 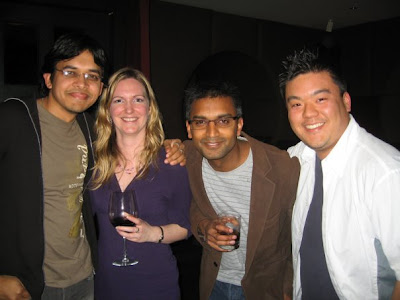 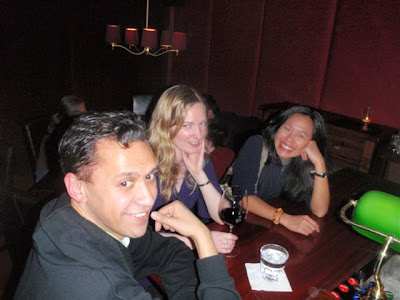 Willy-John, Stacey and me sitting at the bar 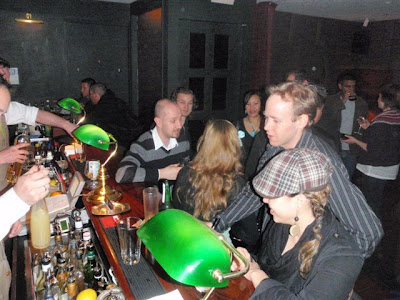 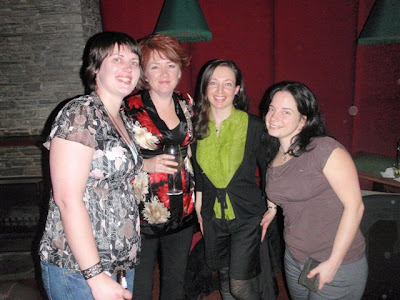 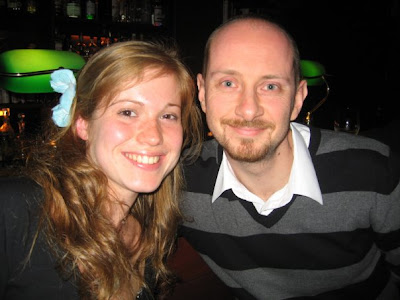 Isabel (yes, she left us and now back in town) and Scott 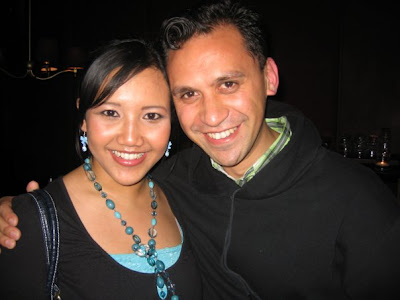 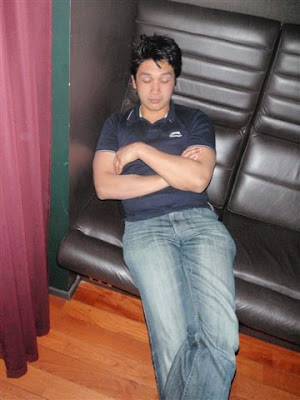