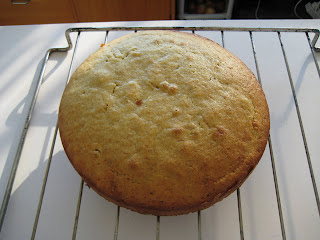 Anyone care to join me for some cake and coffee? I can't finish it on my own...